Skip to main content
Share
Scientists at Cardiff University are working on a way to use white blood cells as a "vaccine" against a virus that causes congenital birth defects. 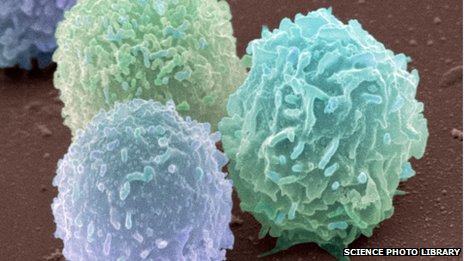 CMV is the leading viral cause of congenital birth defects as a result of infection within the womb.

Dr Ian Humphreys said the findings may also have implications for viruses such as flu, hepatitis and even HIV.

Working with colleagues in Oxford, Cambridge and California, researchers at Cardiff University's School of Medicine say they have found that neutrophils - a type of white blood cell - produce a protein that can directly kill virus-infected cells.

The charity CMV Action says in the UK around one baby in 1,000 is born with permanent disabilities including blindness, deafness and brain damage due to the virus.

CMV also affects the immune system of up to half of adults in the UK and is also a major reason behind life-threatening diseases in bone and organ transplant recipients.

He said: "The fact that they can also fight a viral attack is a major breakthrough.

"Disease may actually be prevented if we can teach the immune system to quickly send antiviral neutrophils to the first site of infection.

"We are now developing a vaccine that may protect the body against CMV."

Donate
Get involved
Join Us

Theo
July 09 It was my first pregnancy and it was all rather exciting, choosing names, all the tiny little clothes, and we’d been so looking forward to having the 20-week scan, desperate to... Read more

Lyra
Written by her grandmother Jan – now a Trustee of CMV Action. 16th July 2012. That day changed our lives.   James (my son) and Lucy were expecting their first child, a girl. It... Read more